Twenty-five years on and Paul Simon is back into my life! He is performing tonight (as I write) in Amsterdam. Such a shame I am not there, but lucky for me, I got to the chance to watch the film on TV last night and I can not stop thinking about it… Paul Simon is now 70yrs old and still singing in tune — just like I remember.

Under African Skies, is a new documentary celebrating the 25th anniversary of Paul Simon’s beloved album, ‘Graceland’. The film is a musical journey, that reunites Paul with the original band members in South Africa. Racial and political problems tensions also plays a major role in the film.

BUT it’s the magic of the music — the collaborative effort between Paul Simon and the South African musicians — that inspired me the most. I felt bewitched by the end of the film, by the exquisite voices of the cappella group, Ladysmith Black Mambazo, “Homeless” — That explains why I included the precious photo of the little girl (see above picture) praying/singing. So sooth your soul and see the documentary.

If you are located in Holland, you can watch the full length documentary here
[ Images from left to right.: via here and here ] 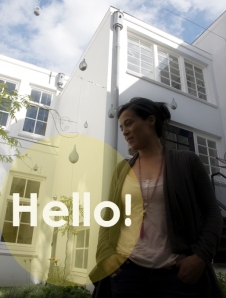 Hello, I'm Susan! Welcome to my creative space dedicated to art, design, travel, photography, life in Holland and my love for the sea. I hope you find some of it inspiring!

© 2009-2012 Susan Jimenez
All photos, layouts on this blog are created by Susan Jimenez. Unless otherwise stated.